A Shocking Statistic About the Average American Household
By Bill McGilton
Saturday, March 2, 2019 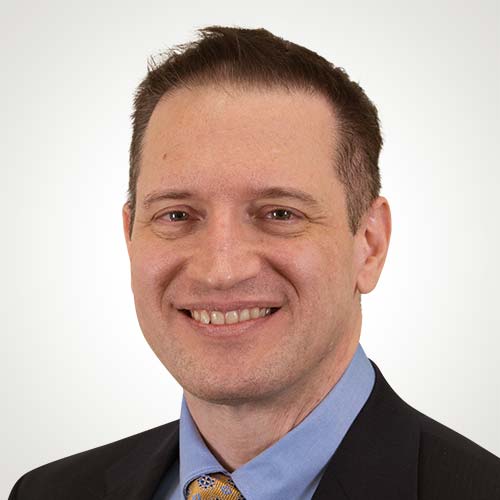 Editor's note: As regular DailyWealth readers know, Steve Sjuggerud believes the current bull market still has plenty of room to run. But one thing is certain... The good times won't last forever. At some point, the next storm will arrive. And as our colleague Bill McGilton explains in today's Weekend Edition, the problems are already all around us...

Aaron Woodrum knew he couldn't afford a car... but he didn't have a choice.

He had finally landed a new job... And living outside of sprawling Indianapolis, he needed a car to get to and from work.

Before that, Woodrum had been unemployed for several months. As a result, he'd gotten behind on his bills and his credit score had fallen. Woodrum had become a credit risk.

Then, he saw an ad online that offered auto financing to people with poor credit. So he filled out the form. In short order, a car dealer contacted him.

After adding on a service contract for $2,500, Woodrum was offered a loan at a 25% annual interest rate, or $573 per month for six years. The payments over six years totaled $45,000 – more than double the truck's original price.

Though the payments were high, Woodrum needed a job... and a car. He thought he would find a way to make it work... So he signed the loan agreement.

The dealer didn't seem concerned. But you can probably guess what happened next...

Within a few years, Woodrum ran into trouble making his payments.

The lender offered him various options to catch up, but the payments came to $750 a month, including insurance. Over time, those payments became out of his reach.

Eventually, Woodrum fell so far behind that the lender had to repossess the truck.

Automotive industry website Jalopnik detailed Woodrum's plight, but it's far from an unusual case... You've likely heard countless stories like this before. The everyone-qualifies "liar" loans like these echo the bad mortgages of the housing crisis...

Welcome to the business of extending subprime auto loans to people for cars they can't afford. These stories are tragic for the exact reason that they're so common...

So when people want to buy a car – even if their credit is subprime like Woodrum's – they often stretch and purchase something they really can't afford.

The past 10 years or so have been a perfect environment for these kinds of slippery loans.

And it's not just auto lending...

In the past decade, students (most of whom have virtually no income) have racked up enormous debts, which currently total more than $1.5 trillion. Incredibly, that's what our entire federal government owed a little more than 30 years ago. Nearly all of this money was borrowed in only the past 10 years.

A lot of it is not even being used to pay for school, but for students to pay for practically everything in their lives. And these debts have ballooned to absurd amounts... The number of students with debts totaling more than $100,000 has quadrupled in the past 10 years.

And then there's consumer debt... U.S. consumers owe roughly $1 trillion on their credit cards. These debts carry interest rates as high as 28% annually.

It's gotten so bad that 73% of Americans now die in debt... leaving behind an average total of more than $60,000. If you look carefully at the debt statistics of the United States, you'll discover a terrifying change over the past two decades or so...

The poor – and especially the young and poor in our country – have no hope of being able to afford the American Dream anymore.

Debts of this magnitude cannot be financed normally. Remember, debts that can't be paid, won't be paid. In other words... it isn't just the amount of debt Americans carry that's the problem. It's who owes the money that's the bigger concern.

What happens when the least educated, least "vested" members of society make up the largest demographic block... and have the largest debts (relative to income) with zero ability to pay back those debts or discharge them through bankruptcy?

Forty-four million people carry a student loan. Most of them can't afford these loans. Nor can they default. They can't restructure. They're stuck – many with $100,000 loans that absorb more than 100% of their disposable income.

According to a report from the Federal Reserve Board, four in 10 adults can't come up with $400 in an emergency. In other words, millions and millions of folks have a debt burden they simply can't afford... a ballooning debt that has no political affiliation.

Eventually, the credit-default cycle we've been tracking will begin... the global debt bubble will implode... and the cheap credit these folks have become dependent on will disappear.

And while we can't predict exactly when it will end, we can guarantee it will not end well.

P.S. This story only has one ending – a national "Debt Jubilee." If it plays out like we expect it to, tens of millions of hardworking everyday Americans could see their savings cut in half – or worse – virtually overnight. That's why we've published The American Jubilee, which will guide you through exactly what you can do to protect yourself. And right now, you can get a hardback copy shipped to your door for just $5. Get all the details right here.